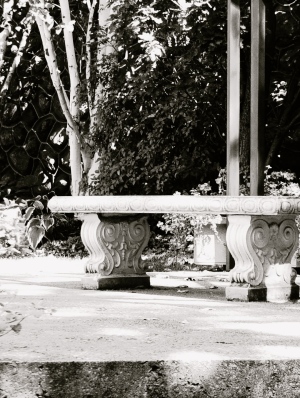 I went to the river market for the curious flea but found not much of interest so I carried on. I don’t feel bad about it. It is what is. To be frank the whole market has been a bit of a disappointment since it opened. It utterly lacks luscious mounds of vegetables and fruits and other foods in explosions of colours and smells and noises delighting the senses. It is not the market shopping experience one might expect to find at most markets, but it is ours in my neighbourhood, so I continue to visit, on the off chance that something will have changed and for a destination on a dreary day such as today.

On my way through to the market to pick up odds and sods for the week at the grocery store that anchors the whole affair, I pass wild rice and I couldn’t resist the temptation for a decadent afternoon drink so I doubled back and went in. I ordered the lotus and an impossibly teeny appetizer dish of Sui Mai (dumplings) and the lotus. Lingering over the 4 them, savouring the mixture of flavours I contemplated my latest solo excursion.

It’s one thing to strike out and do your own thing; follow your own whimsy, it’s another to find yourself bored with your own company after a mere few hours. I seek out the new friends I have made but they are otherwise engaged or simply don’t answer back. It looks like it will be just me and my cat for the rest of the day. That’s okay, Bijou is a warm lap dog of a cat and she will greet me like I’ve been gone forever and follow me around the apartment until I sit down. Then she will pad around me waiting for me to get comfortable so she can too.

It’s been just she and I for awhile now. Again. At first I enjoyed the luxury of the alone time with no one making claims on it, but now I simply pine for human interaction. There’s no spontaneous brunches or wild shopping jaunts down Queen Street or games night at Jay’s. I don’t live in a big thrumming city anymore, and there’s not much to see and do and I struggle with getting to that place where I’m truly OK with it. I’m not as intrepid as I once was, lacking the desire to get on the train and go into Vancouver to walk along the seawall or around my old neighbourhood to reminisce a bit. I find myself living too much inside my head while my life gets smaller around me. This is not about woe is me, this is just a place where I am at right now and that’s just a fact. I am working on it. I’ve been meaning to for a long time, but now it is simply an absolute necessity.

Posted in out of the house and wanderin' and tagged market, shopping, solo life. Bookmark the permalink.
thescheme617
Baaad Anna's: not your mama's yarn store
My Wonderland. Mental Health Blog