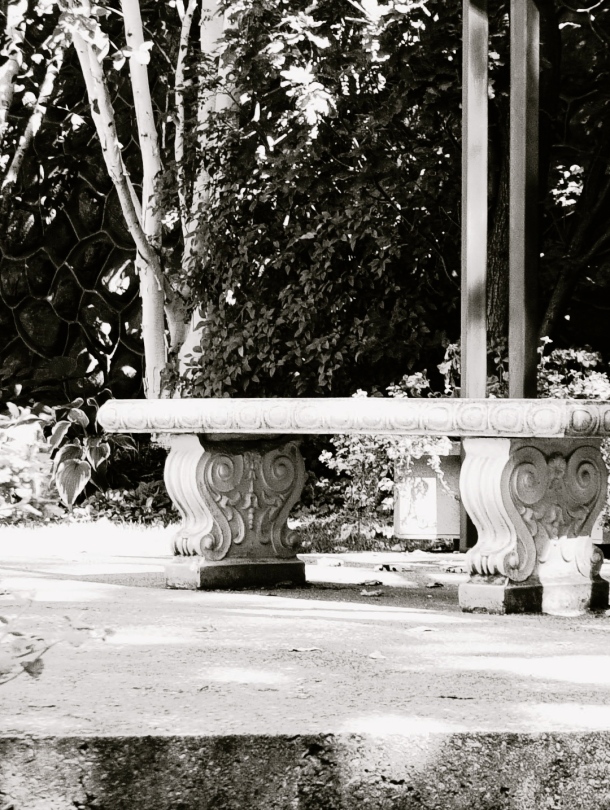 He always had something interesting to say, my neighbor. When I say interesting I mean it was something that never would have occured to me, but I found interesting nevertheless.  I don’t knew how the thread some of these conversations began and truly they were more like monologues that verged on haranguing, but I never cut him off. I would always stay on for the ride on every occasion though usually I was late leaving to get somewhere or arriving laden with groceries or worse dizzy having just made it in the door after a torturous journey to get home. And I never knew his name. We didn’t do that hey nice to meet ya neighbour thing. It could have been Ralph or it could have been William and I didn’t ask out of some overwrought sense of politesse. It seemed we’d hardly known each other for too long to begin making introductions to one another.

My neighbour (let’s call him Mr. 102) lived below me on the ground floor. He never opened his curtains for the morning sun, nor did he open the sliding door for air and didn’t place even a lone chair on his patio. He had told me it would be an invitation to the raccoons and anyway the soil from the garden splashed up on his cement slab every time it rained. It created a mess and wasn’t all that inviting. There was no reason to acknowledge it existed much less make it homey. Still every time I arrived back home I would look to his suite in the hopes of seeing him out reading a book, or perhaps standing at the patio door looking out, as I often do at mine.

The last time I saw him i was aghast, it took my breath away. He was a mere shell of a person hardly resembling the hale man he had once been. It seemed as if he had shrunk in size perhaps because his body was stooped into itself. He took carefully minced steps with his eyes cast to the ground. On the rare occasion I passed him I found that if I tried to engage him he had nothing to say, and didn’t seem to want a conversation of any kind; no more long chats about any myriad of topic. My first reflex was an offer to help to him, so I did. I knew he seemed a proud man so I wasn’t surprised when he politely declined anything and he demurred even a mere dinner invitation. I saw him less and less until I didn’t see him at all.

Today the curtains were pulled fully back to reveal an emptiness that was once his home. Thirty-one years he lived in that small space. For some reason I first noted the awful shade of carpet. And then it hit me. I just knew but I had to confirm my suspicion. I walked down to my manager’s suite and knocked on the door. I felt it an awful imposition but I asked anyway and she answered affirming what I already knew. I won’t be seeing that neighbour ever again. He had just passed away. I’m almost sure I know when. An ambulance had quietly arrived and left the building 2 days ago. I went back to mine and cried for a man I scarcely knew.

a stranger on a train

all i have to do is stop thinking about it and just do it. that’s what i keep telling myself only i just don’t. like the willful child i dig in my heels, cross my arms and set my jaw. but it’s easy enough…..like this….

i shoehorn myself through a thin gap in the clot of humanity that gathers in front of the doors (ARGGGGHH as usual) and i am rewarded with a seat just vacated. i don’t understand why people would choose to stand in clusters around empty seats, but it seems they do. i am inside my head idly thinking about nothing much at all and observing passengers around me. i’m not in the mood to read. the ride isn’t long so i don’t have to rumble around in my head with nothing to do for very long.

the girl next to me wears ripped fishnets and some f*** me boots, one of which bobs dangerously to and fro. she kicks me once but she apologizes. she takes off a ballcap, flips her hair one times two times and puts it on again. she mutters something in response to what we can hear of a young man’s  cellphone conversation. i sneak a look at her. i don’t like to judge but she looks like she is a long way from east hastings. yikes. that is judging. she is twitchy and jumpy and can’t get comfortable in the seat. she scribbles in an ineligible scrawl on small squares of paper with a pink pen. it reminds me of my adolescence. then like now, my favourite colour is purple.

then she asks of no one in particular but mostly me “why don’t people talk to each other any more?”. and for some reason i answer.  i’ve only rarely had spontaneous conversations with fellow urban travellers. on an occasion or two when i’ve hazarded a friendly hello, i’ve been ignored. it’s strangely pleasant to talk to her. she pitches headlong into a conversation of sorts asking me rapidfire questions and disclosing all sorts of information about herself; she lived on wreck beach for a summer; takes high doses of anti-psychotics, and has a teenage child.

she does have a point, though. all around us people are engaged in their own diversions. listening to music, playing games and watching videos on their smartphones. i am just as guilty and i would probably be doing the same if i hadn’t forgotten my phone. so when she asks me in the midst of our strange conversation if she can borrow my phone i don’t have to tell a baldfaced lie because i simply don’t want to lend it (daytime minutes). so she asks me for 5o cents, which i am willing to give, even though i have so little these days. she is a lost soul, beautiful in spirit, and i envy her the defiant dress and stance and willingness to speak her mind, and simply to be who she has become.